Former Variety radio and TV editor, Les Brown, died of lung cancer at his Larchmont, NY home on November 4, aged 84. Born on Dec. 20, 1928 in East Chicago, where he grew up, his real monicker was Lester Louis Brown. After graduating from Roosevelt University in Chicago in 1950 he entered the Army during the Korean War. END_OF_DOCUMENT_TOKEN_TO_BE_REPLACED 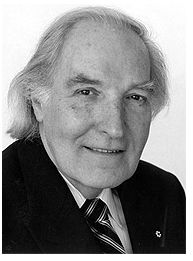 Simesite has learned from the son-in-law of longtime Canadian stringer for Variety in Canada of the death of Gerald Pratley, who passed away in a hospital in Belleville, Ontario, on March 14 at age 87.

The last time most of us saw Pratley was at the party thrown in Sardi’s restaurant in New York in 2005 to celebrate the 100th anniversary of the founding of Variety by Sime Silverman, an event hosted by Sime’s grandson Syd Silverman, his wife and children. Pratley was one of those contributed news stories in Canada back in the 1970s and filed copy under the aegis of Toronto bureau chief, the late Sid Adilman. He was a regular at many of the yearly Variety receptions thrown by Syd during the Cannes Film Festival.

Pratley’s death has been well covered by the Canadian news media. We here quote the story posted on the Web by Northernstars.ca, the Canadian Movie Database. The photo is courtesy of former Variety stringer Antonia Zerbisias.

END_OF_DOCUMENT_TOKEN_TO_BE_REPLACED

Longtime Variety Berlin stringer Ron Holloway passed away in a Berlin hospital on Dec. 16 after a seven-year bout with cancer. His wife, actress Dorothea Moritz, was by his side to the end. He was 76.
END_OF_DOCUMENT_TOKEN_TO_BE_REPLACED

Variety columnist was with publication for 52 years

Army Archerd, whose 52-year run as a Daily Variety columnist made him unique among showbiz reporters, died Tuesday in Los Angeles of a rare form of mesothelioma cancer, thought to be the result of his exposure to asbestos in the Navy during WWII. He was 87.
END_OF_DOCUMENT_TOKEN_TO_BE_REPLACED

Longtime TV critic for Daily Variety, Tony Scott, died Tuesday (July 7) in Los Angeles after several years of declining health. He had suffered a fall in June, striking his head. He was 85.
END_OF_DOCUMENT_TOKEN_TO_BE_REPLACED