Former Variety Bureau Chief in Sydney, Blake Murdoch, came across this old letter he sent to Debbie Krug in the Aussie office. Though it post-dates the Silverman era as such, we thought
it would be of interest to the muggs out there, since it gives a great description of the
“new” Park Avenue South office of Variety shortly after Steve Pond became publisher.

A bit of old nostalgia from those tumultuous days of yore of the paper. Blake was in
New York for three weeks to help prepare the yearly Aussie issue for the Cannes Film
Festival, originally started by Harold Myers. Roger Watkins was editor-in-chief at the time.

Click on each page to see a larger version. 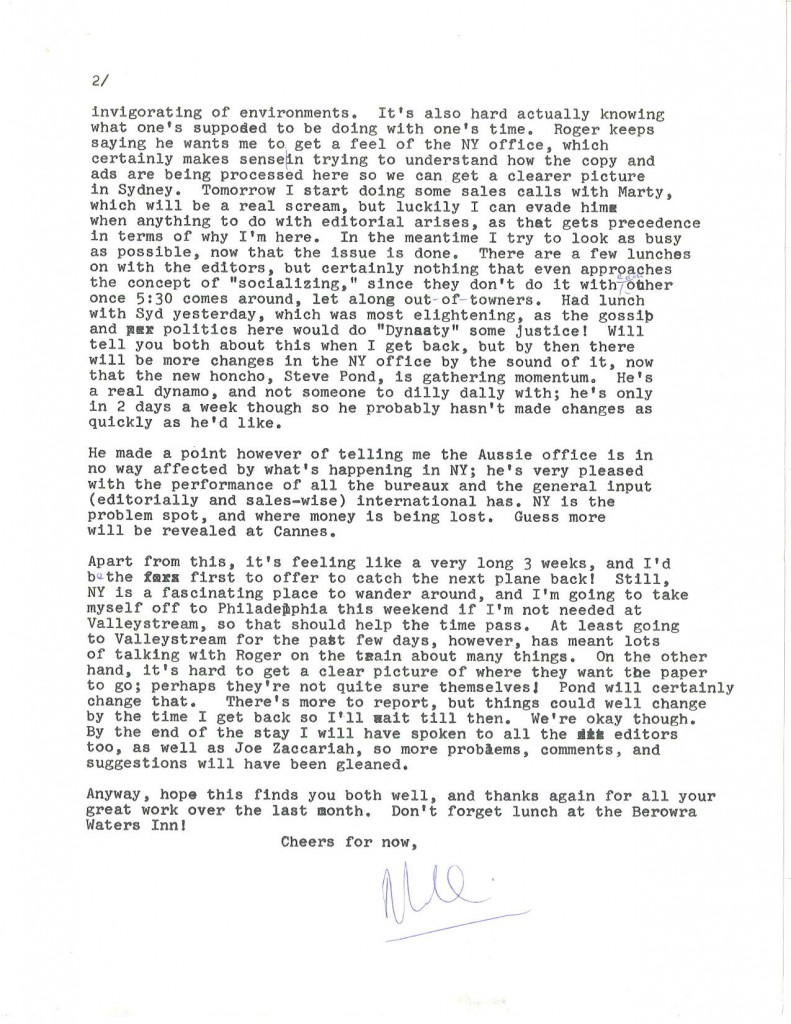