The new year, 2008, marks a 60th anniversary for a couple of books I own. Both are closely associated with Variety.

One is Variety’s “Radio Directory” 1937-1938. It was acquired as a slightly used book from a store on New York’s Cortland Street. The other was bought new from a fancy book store in Rockefeller Center. The title of the book, “This Fascinating Radio Business,” was in keeping with my sentiments at the time. It was written by Variety’s own Robert J. Landry, then Director of the Division of Progressive Writing of the Columbia Broadcasting System.
END_OF_DOCUMENT_TOKEN_TO_BE_REPLACED

by Mort Bryer and Frank Segers 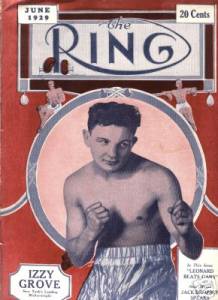 The 46th Street office in Manhattan was for years the magnet to a broad assortment of eccentrics, out of work performers, press agents and other dubious urban species. Among the most memorable of these was Izzy Grove, who operated a poster-placement business in New York, and occasionally booked small ads in the Weekly on its behalf.
END_OF_DOCUMENT_TOKEN_TO_BE_REPLACED

The other day, a friend phoned to congratulate me on a Variety review I had written. I thanked him in as modest a voice as I could muster:

“Much obliged. But which review are you referring to?”

“John Ford’s The Searchers, of course.”

A great film, I assured my friend. But I didn’t write that review. Because when Ford’s The Searchers was released in March of 1955, I was 23 years old and still warming a seat at a Chicago university.
END_OF_DOCUMENT_TOKEN_TO_BE_REPLACED

We are by now all old enough to remember who Al Jolson was, even if we weren’t around when the first sound feature film, “The Jazz Singer”, made filmic history.
END_OF_DOCUMENT_TOKEN_TO_BE_REPLACED

In a time when a good deal of popular music has been pared down to a redundant percussive beat, with lyrics that glorify the degradation of women, sex, and race, it seems outlandish to me that your magazines’ review of the 1927 version of “The Jazz Singer” was so ridiculously self righteous. Yes, I agree that the film is a relic, with only its being the first mainstream sound film to capture the general public’s imagination to keep it alive in the public eye (other than a chance to see the dynamic Jolson strut his stuff), but to decry it’s value because of Jolson’s penchant for wearing “blackface” is along the same lines as banishing from libraries the books of Mark Twain. Why not obliterate everything from our modern day consciousness that might be considered unpleasant?
END_OF_DOCUMENT_TOKEN_TO_BE_REPLACED